After a short peaceful cruise across Lake Manapouri, the boat slowly approached the shore of West Arm, trying its best to minimize the disturbance to the serenity embraced by the surrounding mountains.

As the boat came to a standstill, the calm water gradually restored its mirror-like surface that looked as smooth as a large piece of silk cloth covering the earth with the pattern of a blue sky.

We then all boarded a coach that took us over The Wilmot Pass, a remote road situated amidst the tranquil beauty of a pristine rainforest, into Doubtful Sound.

Occasionally pointing out the native plants on the side of road, the nature guide on board told us about the history and the geography of the region. 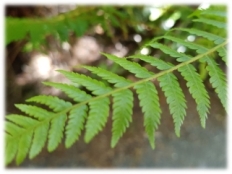 I looked out of the window at everything passing by.
Giant trees. Flourishing shrubs. Evergreen ferns.
And flowers. White flowers.
Waterfalls. Creeks. Rivers.
Above us, the native birds were hovering over the roof of our coach bus.

Are they watching us? I wondered.

Like a host watching the guests arrive at her home?

Or more like a helpless owner watching the intruders trespassing on her land?

This mysterious sound of doubt was echoing in my mind as if it’s being trapped in the hidden wilderness of Doubtful Sound.

“Our gracious neighbour” was written after my visit to Te Wahipounamu, a UNESCO World Heritage Site situated in south-west New Zealand. The area is comprised of four national parks including Mount Aspiring National Park, The Westland Tai Poutini National Park, Aoraki/Mount Cook National Park and the Fiordland National Park. Though the site carries World Heritage Status, it is constantly changing and evolving, just like the rest of the natural world. 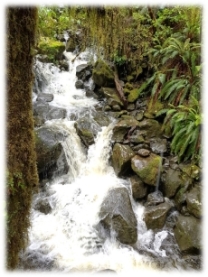 It’s never the same.
It’s constantly changing.
As groundwater flows out of a river
reaching out to the rocks gently and gracefully,
a curious seed begins to sprout like a newborn heifer
crying out to the world softly and blissfully.

Heritage is just a name
to glorify those of the remaining.
Do species exist like all the matter
exploding out to the world from a singularity?
An ancient tree seems to soar like the Eiffel Tower
poking through the cloud showing its superiority.

Mother nature rose to fame
as she dwells in the land of the living.
While the child of the heavenly father
yearning desperately for his papa’s endless generosity,
a sedulous bee gives thanks to its creator like a fugacious flower
looking up to the sky praying for prosperity.

And then the day came.
And her inhabitants were mourning.
The seabirds began to tremble with fear
as they faced the end of their history.
The crested penguins were afraid to hear their appointed gardener
would endanger the lives of their posterity.

It’s like water to a flame.
The beginning isn’t returning.
As the cloud raining like a keeper
weeping copiously for her fragility,
the mountain sheds tears over the melting glacier
as she bears testimony to the failure of humanity.

You know, in this climate game
really no one is winning.
For everyone will be the loser
traveling in this lifelong journey with uncertainty.
Our vision of the future becomes unclear like a hopeless wanderer
searching for his destiny in calamity.

So who are the ones to blame?
Those of the living or the dying?
If you ask, aren’t we the master
merely reigning over our own property?
Or you may think, why does it matter? We are its rightful owner
exercising our freedom and liberty.

Why are we so lame?
Can’t we see the meadows are suffering?
Though coating with a green groundcover
the mountains never take pride of their beauty.
A young child looks for his favourite colour as the flora and fauna
making up the most beautiful scenery.

She’s never the same.
She’s constantly changing.
She is like our gracious neighbour
showing us her mercy in this gruesome reality.
We, as her grateful admirer living across the border,
we shall take on the responsibility and help her thrive in this community.